Technically these aren’t all totally deserted beaches – some of them even have a few little houses, some residents and maybe a bar, soda, or restaurant but if you ever see more than ten people per mile of sand on any of these playas that would be considered a crowd. 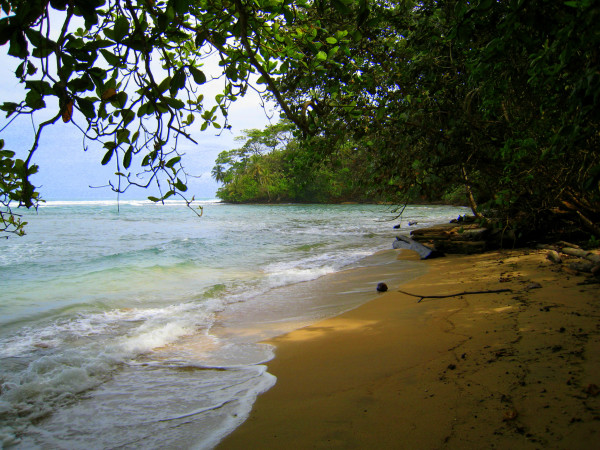 There are dozens of tiny unnamed beaches like this one in Gandoca Manzanillo Wildlife Refuge on the southern Caribbean. Hikers on the Punta Mona trail to Gandoca can pop out to the coast and have one all to themselves (although some get pretty narrow or completely submerged at high tide). 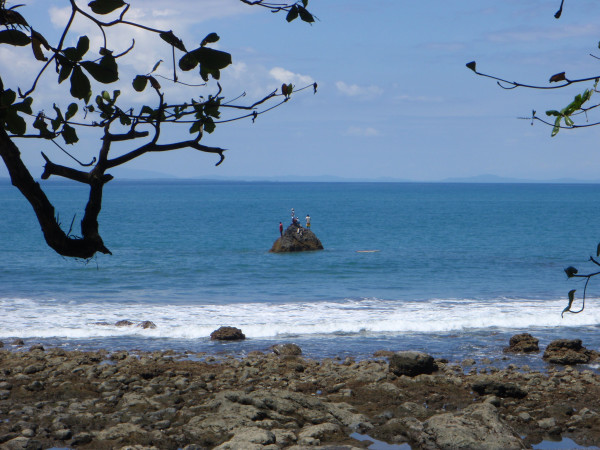 Playa Rio Claro is better known as Pavones the home of the second longest left in the world according to local surfers (apparently the longest is in Africa). Much of the shoreline is relatively rocky but there are sandy stretches. Despite being a LONG way from almost everything on the southern Burica peninsula Pavones gets quite a few visitors because of the reputation of its wave. People are pretty spread out and it’s still one of the best spots if you want a bar or two on your “deserted” beach 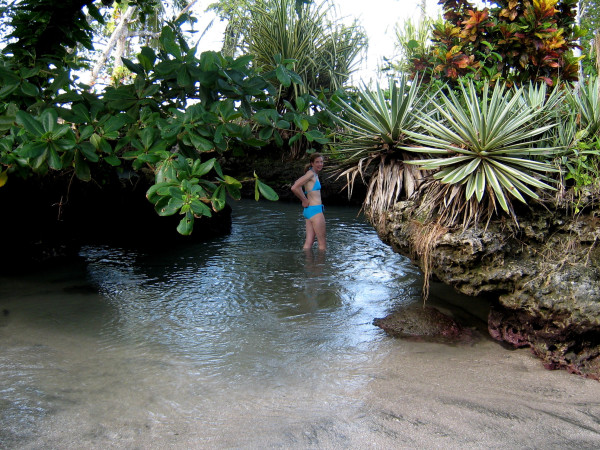 Piscina Natural north of Cahuita on the Caribbean coast is a natural swimming pool formed by the erosion and collapse of a huge lava tube. There is a tiny sandy beach just right for two at the foreground and the pool continues around the corner through a slot that is great fun to ride through on the surge when the tide is in. 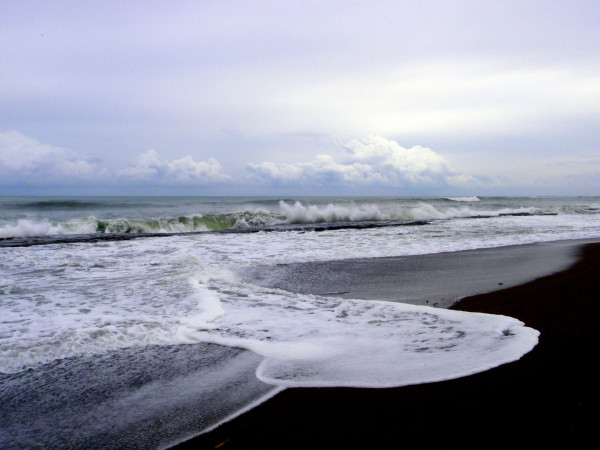 Playa Caletas is a protected turtle nesting beach on the unpaved coast road if the western Nicoya Peninsula. It’s about equidistant from the asphalt to the south and to the north…in other words about as far as you can get from civilization on a road. 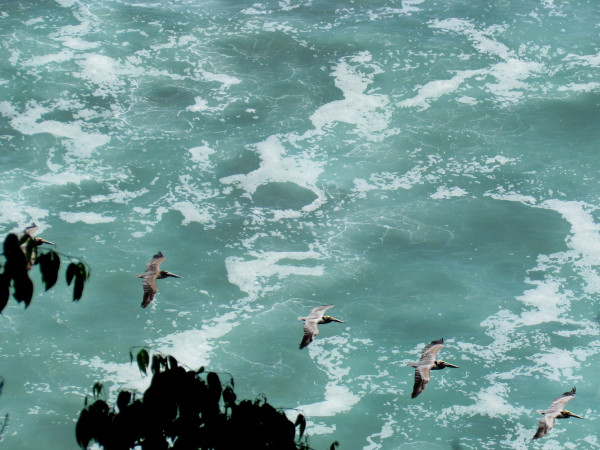 Playa Carate is just outside Corcovado National park on the Osa Peninsula. It stretches about 3 km from where the 4WD road ends to the southeastern boundary of of the park and is “built up” with half a dozen tiny remote eco-lodges and tent camps with room for a total of about 40 lucky visitors. 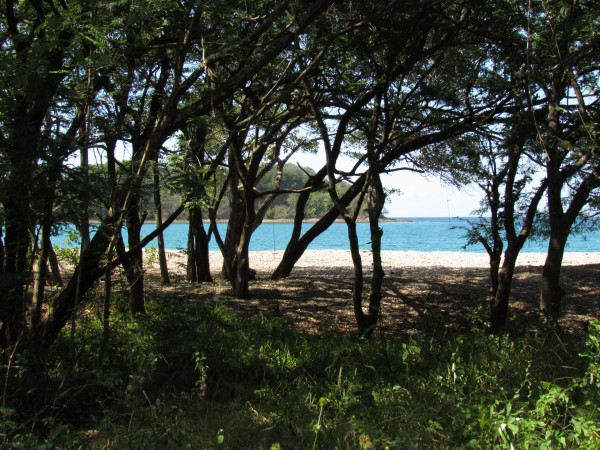 Playa el Hachal is hike in access only starting from the Murcialago ranger station on the northern boundary of Santa Rosa National Park Guanacaste. Small smooth stones make it a very pleasant change from the typical sand beaches 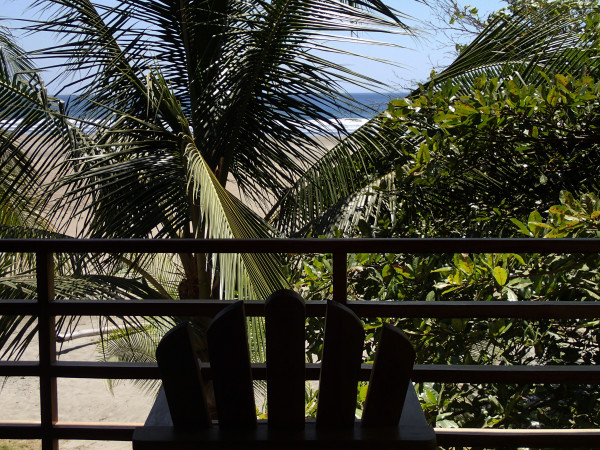 The luxurious house (yes the only house) at Sand Dollar cove is one of our favorite spots in all of Costa Rica. A small private cove on the north end of Playa San Miguel on a 4WD road half way between Santa Teresa and Tamarindo 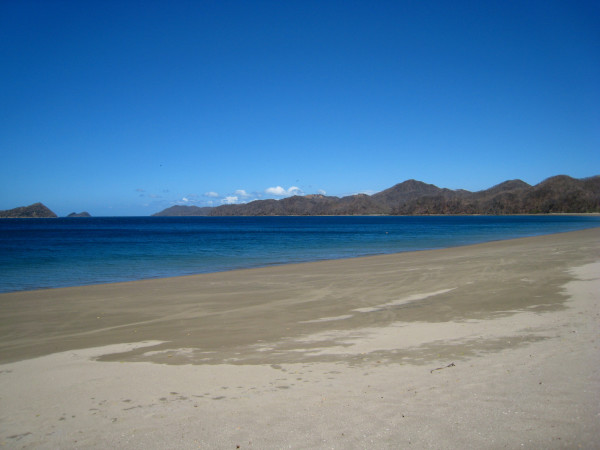 Playa Bahia Junquillal is in the wildlife refuge of the same name far enough north of the Papagayo Guanacaste resorts you’ll be sure you’re in another world. 4WD in and camp to really enjoy this remote deserted beach 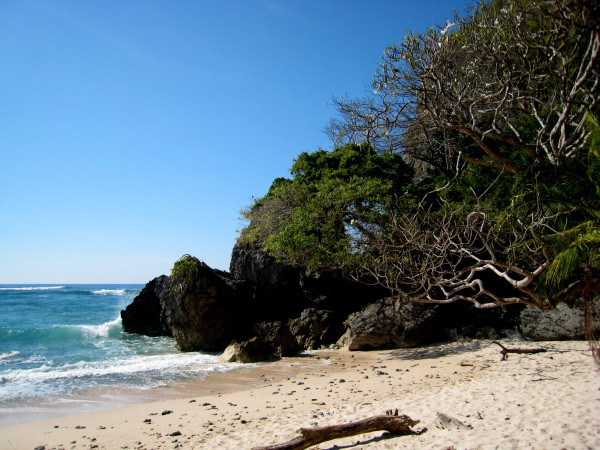 As its name might suggest, Cabo Blanco National Wildlife Refuge protects a number of amazing white sand beaches and this little gem on the north west corner – Playa Cuevas. It’s just a short drive south of Santa Teresa followed by a short walk to this bit of deserted paradise.

I’ve got about fifty more playas on my list of “Deserted and Secret Costa Rica Beaches” but the name of the site is CostaRicaTop10 after all.