Always look on the bright side, but it’s not a good idea to bury your head in the sand – even if it’s on a beautiful beach.  Costa Rica was declared the happiest place on earth a few years ago but there are negative things that don’t make anyone smile. 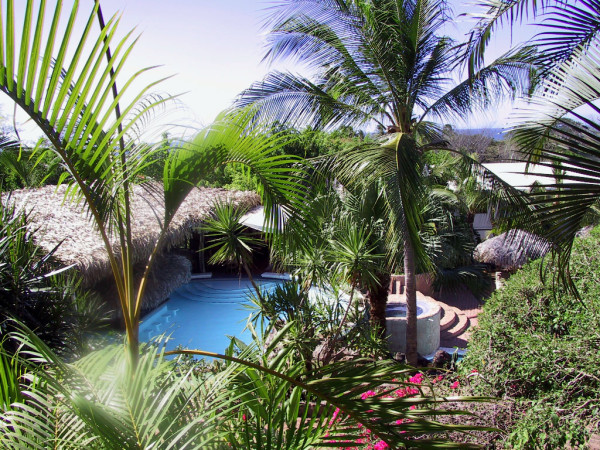 These are some of the most common complaints and concerns we’ve heard from expats who’ve lasted anywhere from 2 months to 25 years (and counting) enjoying “cheap simple living in tropical paradise”.

1) It’s not like home. That may sound pretty naive…of course it’s not like where you came from. That’s why you moved, but it’s just human nature to remember the “good old days.” Nearly every complaint (as well as most of the good) we hear fits into this general category.

2) It’s not necessarily cheap. Any realistic assessment of the cost of living shows overall it’s similar to the U.S. Sure there are a few things that cost less, but in marketing strategy those are called loss leaders.  Most comparisons that claim to show Costa Rica as cheap are actually showing that giving up some things and living a more basic lifestyle is inexpensive.

3) Crime and corruption are problems and getting worse. Drugs and trafficking related violence, break-ins, muggings and fraud push crime up on the list of concerns residents convey and the legal system is ponderous and almost totally ineffective.

4) Health care costs less but Medicare and other U.S./Canadian insurances are not accepted. Emergency medical care is rudimentary and many areas are up to five hours away from one of the few modern private hospitals. 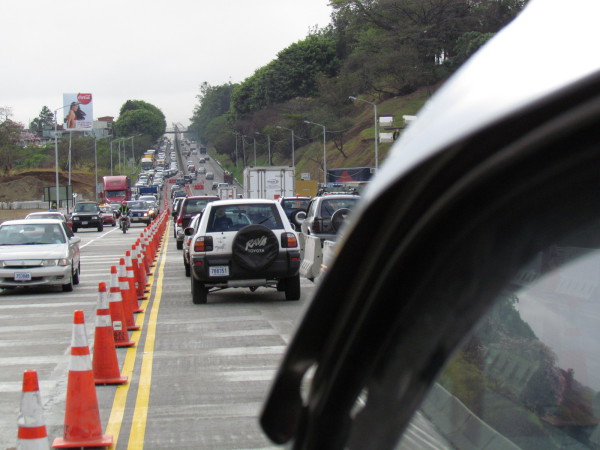 Traffic can be so bad that it is faster to walk across the central valley than drive.

5) Traffic is horrific and getting worse everywhere. This one really bugs people because it just doesn’t seem right somehow to have traffic jams in paradise.  The capital is the worst but not the only place with traffic.  It took a friend over an hour to cover the 4km from Jacó to Hermosa the other day.  It’s possible to chose a lifestyle that minimizes driving and the headaches that come with it.  However, if you’re really attached to modern conveniences like supermarkets, shopping centers highways and FedEx deliveries they’re available but only in very limited geographical locations – with traffic.

6) The government is looking for a way to generate tax revenue on foreigner’s pensions and other income and even if you become a resident of Costa Rica you’ll also still have your full U.S. tax obligation (other countries vary).  This is more of a concern than an existing complaint and comes up every year when the legislature starts looking around for money and proposes something that will probably never be enacted.

7) Bureaucracy is big, complicated and often requires a personal appearance at an office (sometimes only in San José). Registering your car for example requires an inspection, possibly repairs and revisions (less likely if you know about chorizo – bribes), a trip to the bank to get your payment voucher and then another to wait in lines at the local county seat to file the registration.

8) If you do decide to leave it may be nearly impossible to sell any property, home or condo you have “invested” in without taking a big loss.  You’ll be competing with new construction from a lot of developers, real estate brokerage is unregulated and unpredictable, and everyone is hustling to make a buck.

9) Renting out your beach house or condo so you can split time between Costa Rica and home may not work out.  You’ll want to be there during the “good” times (dry season and winter up north) so you’ll be trying to rent when many fewer tourists are visiting.  Property management is expensive and often unreliable, and there’s a lot of rental competition.

10) “We miss our friends and family.” Most expats expect a lot of visits and sometimes it works out that way, but it’s expensive and inconvenient to visit Costa Rica compared to say Florida.

Generally the biggest complaint is “It’s not what I expected.” Roughly half of the foreigners who come to Costa Rica thinking it will be permanent go home within a year and about three quarters are gone or switch to part time within two years.

Costa Rica is a tropical paradise with gorgeous beaches and regions of marvelous climate.  It is relatively safe and not as expensive as some other warm climate retirement destinations so as long as you’ve got the right expectations and attitude it can be the perfect place to relocate. It’s just better if you know the good and the bad and can make an informed decision.